I began portraying Santa years before I became a Santa Claus actor in Hollywood. 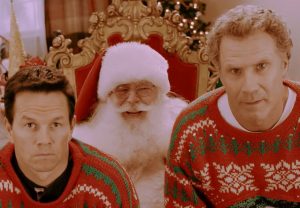 events of all sorts, these are the things I did for years before “Hollywood called”. 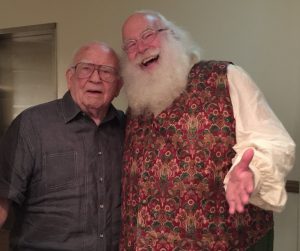 & Will Ferrell, not to mention Mark Wahlberg. Being an actor, let alone a Santa Claus actor never crossed my mind.

Thank you for your work on my latest movie “Santa Stole our Dog”. You were a real pleasure to work with on-set. You “being” Santa at the movie premiere was amazing!

We had hundreds of attendees, many very seasoned Industry people, and you just shined; convincing all in attendance that you REALLY are Santa Claus.

I’m looking forward to working with you again in the future.

As Santa Claus is known to do, he gave me a gift, a real surprise, a surprise that totally changed my life. I’m now represented by 2 of the top talent agents in Hollywood, I’ve appeared in movies including Beverly Hills Christmas 2 and Santa Stole Our Dog: A Merry Doggone Christmas!, actually Ed Asner was Santa in the last one but I was his “Stand-In” and I was honored to be a part of the movie and I loved to talk with Ed… amazing.

Chrysler, Kohl’s, Reddi Wip, Band-Aid, and Overstock. Even today, 5 years after my first national TV appearance on MTV’s Ridiculousness, I still can hardly believe all of the acting I’ve done as Santa Claus.

Then there’s TV, Jimmy Kimmel, The Doctors, Steve Harvey, Nickelodeon, the Today Show and several more… me being a Santa Claus actor in Hollywood.

I have been incredibly blessed and I’m super excited to see what lays ahead… I would LOVE to have a significant role as Santa Claus in a moving Hallmark Christmas movie. 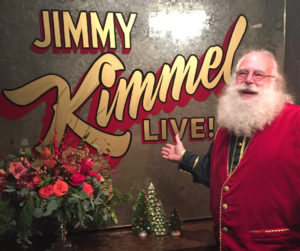 Could it get any better than that?

You can see my IMDB page here. Click the “Resume” link.

Santa Ed is a real bearded Santa Claus for hire in Los Angeles, Hollywood, Beverly Hills, and the surrounding areas

Who is the Santa in The Secrets of Christmas Revealed?