Are you interested in writing an article about Santa Claus? Santa Ed Taylor has been a real bearded Santa Claus since 2004 and he’s seen and heard it all. He’s been featured in malls, department stores, parades, TV commercials and programs and he lives as Santa Claus 24/7/365.

Santa Ed Taylor in the 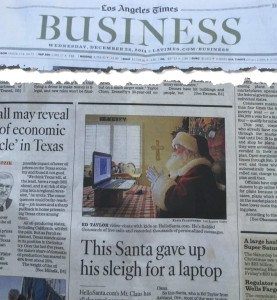 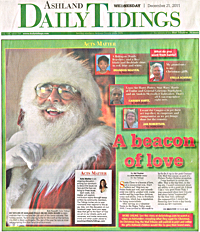 Odd Jobs in the Rogue Valley…more>>>