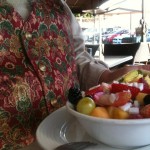 Woke up and got going around 5:00. Followed up with some potential Internet marketing clients. Headed into LA about 8:30. Had breakfast at Aroma Bakery Cafe on Sunset. The breakfast burrito was terrific, but a bit pricy- I dropped $26 on breakfast. I went to the “Beats by Dre” audition at 11:10.  I was the oldest, biggest, guy their by a long shot. We each select 2 lines for sheets on the wall. The lines had to do with a colors. I selected- “purple like kings” and "white like heaven”.  They also wanted me to dance a bit. That was very funny. I have no rhythm at all. This was the first non-Santa audition I had ever done. I have no idea of what they thought, but if dancing was important to them I’m sure I will not get it. I then went by the Clarry’s to rescue Gordon from Jennifer’s Bridal Shower. As it turned out, I left him there, he had plans to go suit shopping. I went back to Irvine and did laundry, updated my journal and just relaxed for the rest of the afternoon and evening. And I watched a bunch of music and comedy YouTube videos- as entertainment, inspiration and research. 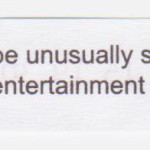 Woke up and got going around 6:00. I created a new, better, Hummingbird SEO video in the morning and made the blog post for it. I also shot an Onboarding video for the Hello Santa Santas and created an email giving them a heads up about the Performer Agreement and the scheduling Calendar. I self submitted for a “Beats by Dre” commercial audition. They were looking for a cool Big guy. I was notified that I got the audition and it was for Saturday at 11:10AM. Kevin and Marci came over. Kevin bought dinner at Pick Up Stix. My fortune was “You will be unusually successful in an entertainment career”. 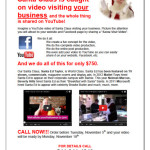 HALLOWEEN 1 year anniversary of my eye surgery. Woke up and got going around 7:00. Power went out last night about 1:00 AM. Strange, it was only out in parts of the house and it was not a breaker issue. Around 8:00AM I went and handed out 10 of the “Santa visits your business” fliers at businesses right around the house. I then had a meeting with the Hello Santa team and a potential investor. The meeting went very well. After the meeting I dropped one of my sister’s patio chairs off at the Clarry’s. After that I had a meeting with Bob Hud. We only had 5 groups of kids come by for candy. Kind of disappointing.

Woke up and got going around 6:30. Worked on blog post for The Greatest Gifts of All. The movers came and moved Marci’s furniture to Kevin’s. Had a call from Fran about Bob’s business. Sent Santa info to Brittany so she can start organizing Santa schedules for Hello Santa. Call with Internet marketing client. Skype calls with potential Hello Santa Santas.

Woke up and got going around 7:15. Felt Great to sleep in. Had a long call with Sync and the new PR team.  The call started at 10:30 and ended a 3:30.  Mattel booked Mrs. Claus and I for an event on December 5th . Talked with the Hello Santa team.

Woke up and got going around 6:30. Listened to Will’s interviews with Marilyn Tam and Jody Colvard, both were excellent.  Had a call with Synchronicity Foundation team on the Wake Up and Be Happy project. Recorded my Hummingbird SEO training Session. Worked on the flier for the Santa Business videos that I’m doing with Mitch. Went to the grocery store. I feel that I really need to start eating better and moving more. 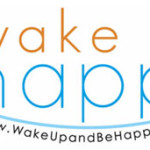 Woke up and got going around 6:30. Watched Joel Osteen in the morning. Listened to Will’s interview with Karen Tax, a part of the Wake Up and Be Happy teleconference series. The interview as terrific, I loved it. In the afternoon I worked on a flier to promote a “Visit from Santa” video offer for businesses. I went to dinner with my folks at Pei Wei Asian Diner in Lake Forest.