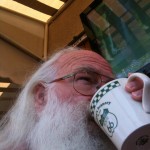 Woke up and got going around 6:30. Went to Burbank for breakfast Barney's Beanery. Went to Laurel Canyon- MY MESSAGE ALL DAY was BE IN DEMAND- BUILD DEMAND FOR WHO I AM AND WHAT I DO! Back in Irvine about 2:00. Went to Costco.

15 minute morning meditation. I’m feeling drawn to source. I worked on Hello Santa recruiting early in the AM. Had meeting set with potential new marketing clients. The meeting went well. I sent a consulting contract. Skyped with 4 Santas.

Woke up and got going around 7:30. Put together SEO training program for Google's new Hummingbird update and sent out a blog post about it to my blog subscribers. Talked via Skype with Santas about the Say Hello Santa project.. 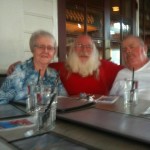 Submitted & got a terrific Santa apperance at The Ebell House . Went with Mitch to El Segundo to see Kevins house and his business- http://www.billsmithcustomrecords.com. My folks met us there and then we all met up with my uncle Larry and Sharon for dinner at Hof’s Hut in Torrance.

Woke up and got going around 6:30. I worked on client stuff all morning. Shot 2 videos for Say Hello Santa. They were demo videos with Jordan and his son Carson. WILL & MC Teleconference – 5:00PM. The teleconference went great.

Woke up and got going around 5:00. FB friend asked an interesting question and I responed with a great answer that was fully aligned with my vision and with the conversations Will and I had over the weekend. I set-up the emails to go out today announcing the live teleconference with MC tomorrow. Had cliet call. Took a bunch of Marci’s stuff to our parents house to be stored. Had a long chat with my dad and helped the neighbor across from my parents house lube the cabinet door slides in her garage. Bought Marci and Mitch dinner at the Mexican place.