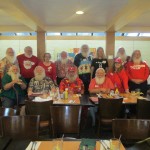 Happy team discussing ways we can make an even greater impact. Had lunch with a bunch of Santas at CoCos in Brea. Worked on my new website- Santa Claus Training.

Woke up and going around 6:00. I talked with a marketing client at 7:30. Went to the Hello  Santa House. Did a demo with a 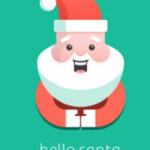 potential investor. While the potential investor was there APPLE APPROVED THE APP!!! We had 16,000 FB likes. At Costco a lady in line asked if she could take my photo to show her granddaughter. Walked on Marci’s treadmill for 20 minutes. It was the first time in a very long time. I’ll be doing more.

Woke up and going around 5:00. Got started with a nice meditation. By 6:00 I was working on an update for the Wake Up and Be Happy team. Talked with Will about the website and the Saturday meeting. Santa Tim called and I had a long chat with him. Went to Surf City Nissan to re-sign the car rental agreement.  From there I went to the Santa house. Investor meeting was rescheduled for Friday AM.

Woke up and got going around 6:30. Very busy morning. Multiple calls and emails with Hello Santa and Wake Up and Be Happy teams all before 8:30. Many calls with Dorian, one with Rafy, call Suz, Jason and more. In the afternoon I started ramping up the Santa recruiting for Hello Santa. At 7:30PM I did a deal with ClausNet for an advertorial in their November issue. This meant we had to have copy and images to them by 9:00AM. Robert and the Hello Santa team came through with flying colors!!! I stopped working at about 9:30PM. I also received and apology message from Brandon.

Woke up and going around 6:00. Call with Hello Santa at 10:00. Early lunch with Santa Bob Callahan president of FORBSSants.com. We met at Norms on Beach Blvd. in Huntington Beach. While at the lunch I received a text, an email and a call from my Agents office all at about 12:00. I had a call back at 1:50, in less than 2 hours in Beverly Hills. I cut the lunch short and made it to the audition early and NAILED IT!  I was back at Marci’s about 4:15. At 4:30 I had a Skype call with a new Hello Santa, Santa. Great day!

Woke up and going around 6:00. Worked on Hello Santa onbooarding, Had a call with Karen Tax about the Be Happy interview. Worked on her email and the one for Syncronicity. Went to the Verizon audition. It was a lot of fun and I thought I did real well. It was Santa landing on the ground after jumping from the Sleigh. Shaking off and running into the store. Got back to about 2:30. Worked on Be Happy page and email for Karen Tax. Had a good talk with Mitch.

Woke up and going around 5:30. We set the clock back last night. Posted My Santa’s Great Adventure post. Worked a bit more on the Business Video flier. Went to Walmart for more ink and Costco for Banker Boxes and wraps. I then went to hand them out 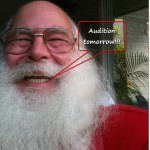 in San Clemente but it was too busy. I need to do it in the early morning on a weekday. I went for a walk around the lake. Talked a bit with Mitch about getting his photography business up and going.  I also received an audition notice from my agent at about 5:00PM for an 11:50AM call. It’s for Verizon.