Woke up and going around 6:30. Went to the store and picked-up a couple of reflectors and light bulbs for the Hello Santa set in Marci’s dining room.  From 9:00 -11:00AM I was on stand-by for Hello Santa calls. I had several calls- very fun but still working some bugs out. After 11:00 I continued my prep for Santa 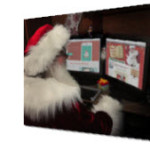 training “How to Provide Exceptional Video Chats as Santa Claus”. I conducted the training from 5:30 to 6:45. Santa Ricky Baldwin co-presented with me. 107 Santa regiestered. This was the largest online Santa training in history. 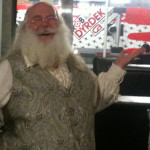 shuttled from the lot to the Fantasy Factory at 791 South Mission Road.  The place is incredibly cool. When I first arrived I took photos with everyone. It was a blast. I waited for 30 minutes or so and then Executive Producer, Shane Nickerson, came in and again told me how wonderful I did on Ridiculousness. We then shot the Fantasy Factory scene.  I was applying for a job as Rob Dyrdek’s driver and “life pilot”. The scene went well but I had a bunch of ideas after the shoot that I thought could have made it better. In the future I need to play many more scenarios through my mind prior to action. 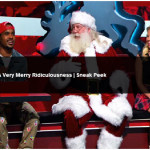 Woke up and going around 5:30. Shot a video on Vocation and Significance for The Greatest Gifts of All.  Was on standby for Hello Santa calls 9:00 – 11:00. Sent an email promoting my “How to Deliver an Exceptional Video Chat as Santa Claus” training program on Friday. Called tailor to put a rush on alterations so I can wear Friday (if the Fantasy Factory shoot firms up) In the evening I went to El Toro to get more shorts and braces at Casual Male. Went by tailor so she could place buttons for braces.

Woke up and going around 6:00. On Santa calls in early AM. To audition for New Egg commercial. In the afternoon I received a call from Rob Dyrdek assistant 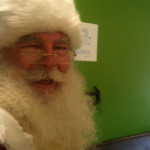 asking if I could appear on Rob’s MTV show Fantasy Factory on Friday 11-22. I said yes and she said she would get back with me to confirm. Then to Santa house. Later dinner with Marci, Kevin, Cheryl & George. Cody Golden and his girlfriend CoCo stayed at our house in Ashland with Lori.

Woke up and going around 6:30. Had a meeting at the Hello Santa House until mid afternoon. Took 3 pairs of pants and 2 shirts to tailor for hemming and sleeve adjustments.11

Woke up and going around 5:00. Testing calls and Santa calls until 2:30. Just relaxed in the afternoon and evening.