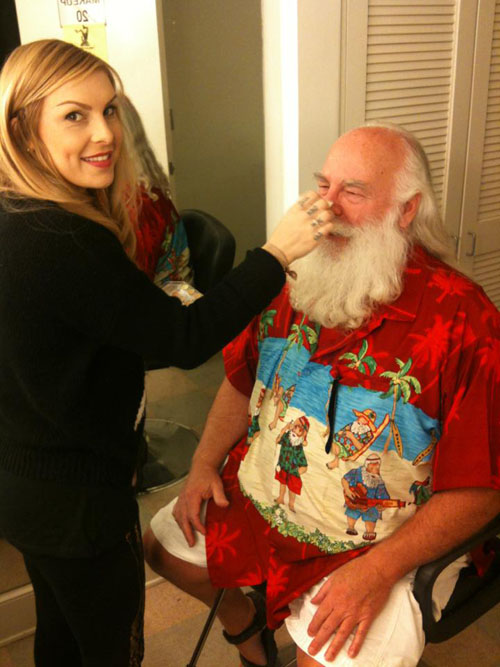 Getting a little hair and make-up before I go on…
— at Hollywood Center Studios. 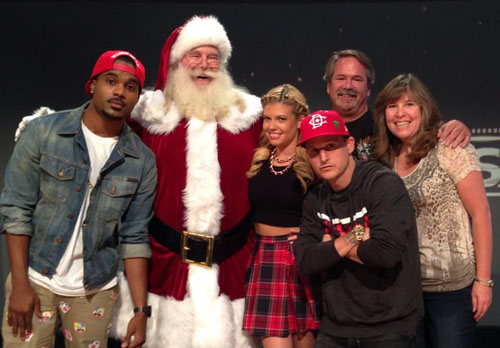 Santa Rocked Ridiculousness! Be sure and watch show Dec. 1. 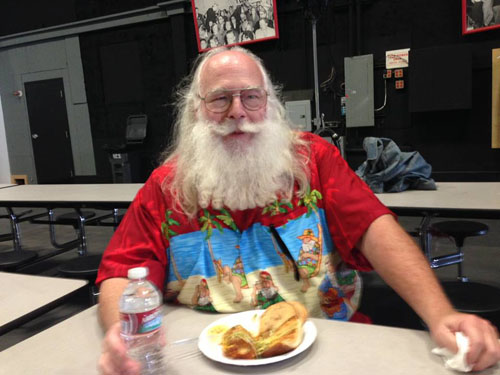 Having lunch with the cast and crew on the “The Lucy Stage”
— at Hollywood Center Studios.

Ed Taylor is the greatest Santa in the history of Santas. Bar none. Period.  End of story.

Ed Taylor is so authentic as St. Nick himself, I found myself confused and wondering “Is Santa actually for real and standing in front of me?” He’s a master.

Not only is Ed Taylor the most convincing Santa Claus I’ve ever seen, he’s also incredibly nice, super easy to work with, and a very funny improviser.
Shane Nickerson
Executive Producer of
MTV  – Ridiculousness